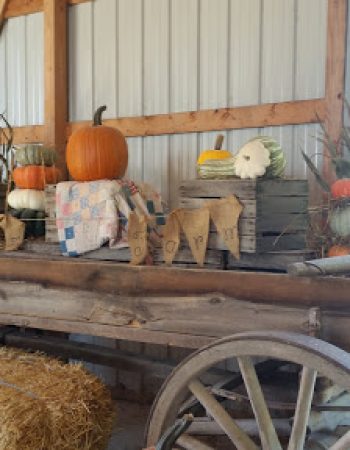 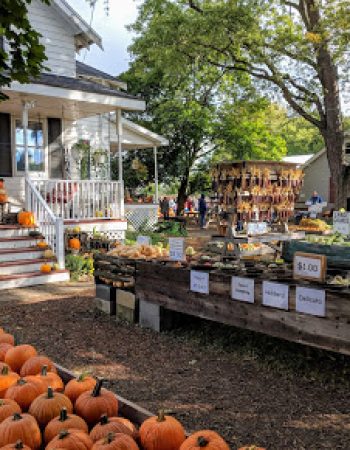 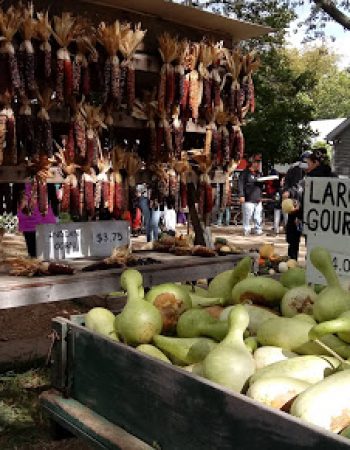 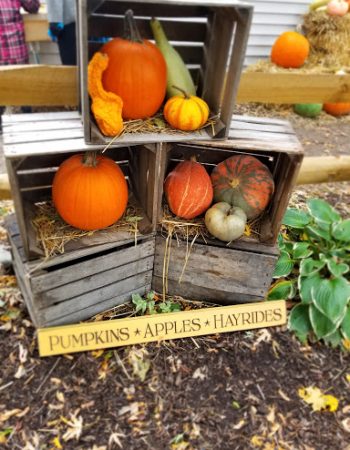 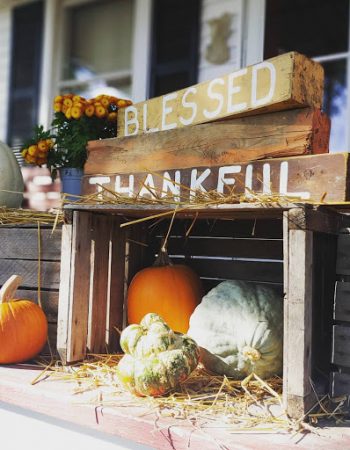 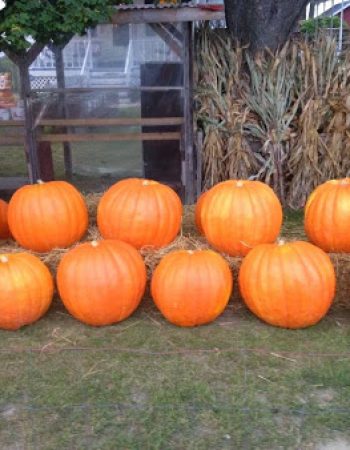 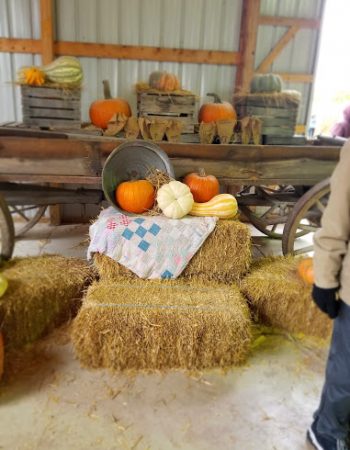 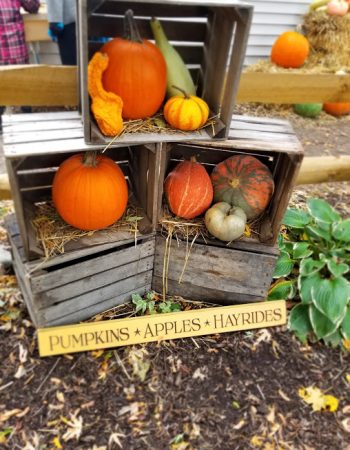 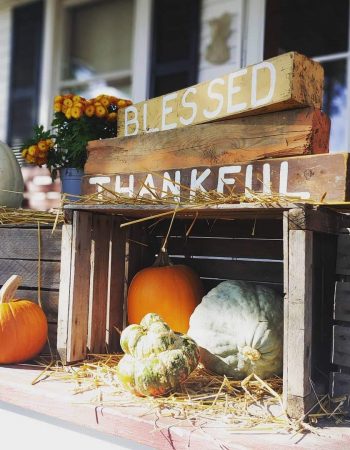 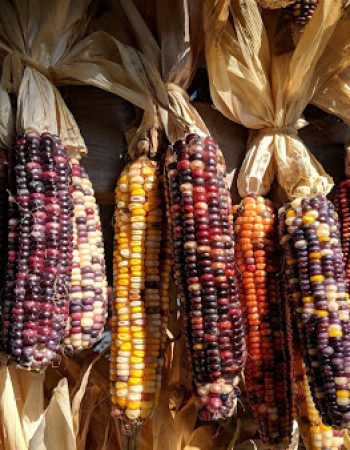 In 1991, Paul decided to give pumpkin farming a try. Paul and his family grew 1/2 acre of pumpkins that year, and piled them up for sale in the front yard. In 1993, Paul created a maze from snow fence, and the family tied a corn stalk on both sides of every slat of the fence. It was quite a job, but the maze was a masterpiece! Our maze was definitely the first in the area, and sometimes we have had a chuckle wondering if we didn’t launch all the corn maze mania.

In 1999, we expanded our tiny maze onto over six acres of the farm when we created our one-acre and five-acre mazes, as well as our family free maze. In 2000, we added a snack shop. 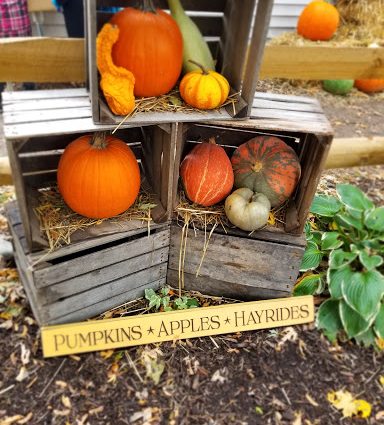 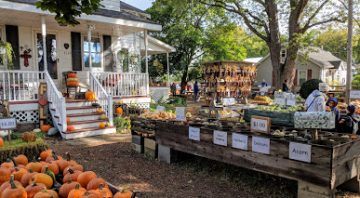 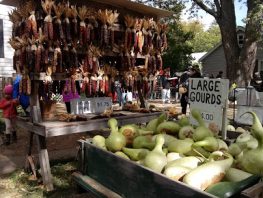 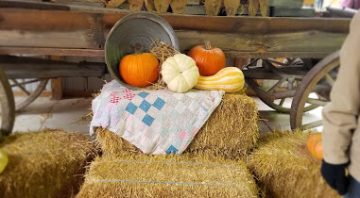 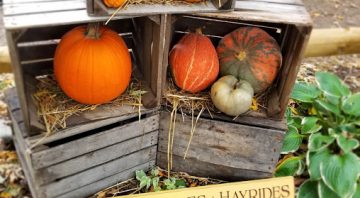 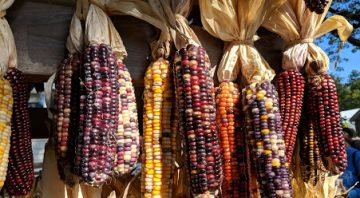 Q Do you charge admission?

No, We do not charge admission

Q Do you accept credit cards?

Q Do you have pick-your-own pumpkins?

No, we don’t offer pick-your-own-pumpkins. We rotate our crops so our pumpkin patch isn’t always right next to our front stand. But don’t worry, you’ll pick your pumpkin from thousands of pumpkins that are already cut and washed and won’t get your car dirty on the way home.

Q Is the farm handicap accessible?

Q How long will my pumpkin last?

Some people worry that if they purchase their pumpkin early, it won’t make it to Halloween. Believe it or not, many of our pumpkins are ripe in August. They are a very hardy vegetable (well, technically, pumpkins are a fruit!), and last late into the fall. Just make sure to keep your pumpkin outside or in a cool garage (they won’t usually last long indoors). If you have to keep it in the house, try to keep it in a cool place out of direct heat. Once a pumpkin is cut into, it will shrivel up quickly, so wait to carve your pumpkins until a day or two before Halloween.

Q How do I roast pumpkin seeds?

Clean the seeds. Place them on a cookie sheet. Add seasoning if desired. Bake the seeds 350° for 25 minutes.
Purchase a hull-less seed pumpkin (you can use any pumpkin, but the hull-less variety does not have seeds with a hard outer shell and are much better for roasted pumpkin seeds).

Drying a gourd is easy. It takes three to eight months to dry a gourd. Keep it in a cool dry place like a garage. Over time, mold will grow on the gourd as it dries. Unless it is soft, this is normal and does not mean the gourd is rotten. Once the gourd feels very light weight (often you can hear seeds shaking around inside), soak the gourd in a bleach solution to kill the mold. Use steel wool to clean the gourd, let it dry, and it’s ready to paint or stain. Use acrylic paints and finish with an acrylic spray.

Q May I bring my dog?

You're welcome to bring your dog as long as he's social and on a leash, and you clean up after him.

Q Are you still open when it rains a lot?

We are open rain or shine, but be aware that the maze may get muddy if there’s a lot of rain. If it has rained recently, please dress accordingly for the maze. On rare occasions, we are unable to run our hayride if the field is flooded.